Pandora Scott just saved the world…or did she?

Fresh off her victory, Pandora thinks life is finally starting to look up. No one is trying to kill her. A few people actually consider her a close friend. The future is wide open with possibilities. And she’s in love with the boy next door.

But when the titans come crashing into Sonnyville, adamant that the monster she destroyed still lives, Pandora can’t help but wonder if things could possibly be as perfect as they seem. A shocking death forces her to face the truth and understand that what she’d hoped would be the end of the war might really be just the beginning…

When you fall for the devil, you’re bound to get burned.

Pandora Scott’s world has blown up once again, but this time she’s learned her lesson–saving the world isn’t a job she can do solo. She needs friends. But when her strongest ally also happens to be the boy who shattered her heart, it’s not as easy as it sounds. Especially since the person she has to destroy might just be the love of her life. With her fate hanging in the balance, Pandora’s got to make a choice. Forgive? Forget? Fight? Or falter? But everything changes when she realizes that the people she thought were heroes might be villains, and the good guys aren’t always as trustworthy as they seem… 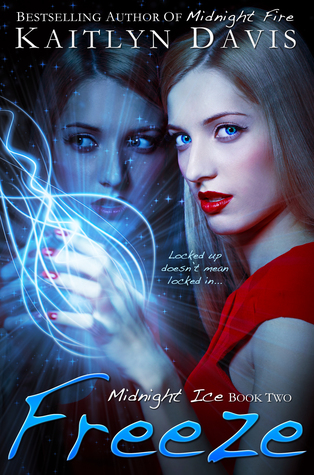 Locked up doesn’t mean locked in.

Pandora Scott is in jail…again. Everyone she once loved betrayed her…again. And some of the most powerful people in the world want her dead…yes, again. Sound familiar? But if there’s one thing Pandora is good at, it’s wriggling her way out of life or death situations, and this time is no different. Armed with her ability to disappear and aided by the mysterious Sam, Pandora’s got a plan. Escape the most secure prison in the world. Evade the most powerful trackers on the planet. Forget every word that Jax has ever told her. And figure out how to change one teeny tiny thing—fate. Easy, right? Well…doable, at least. 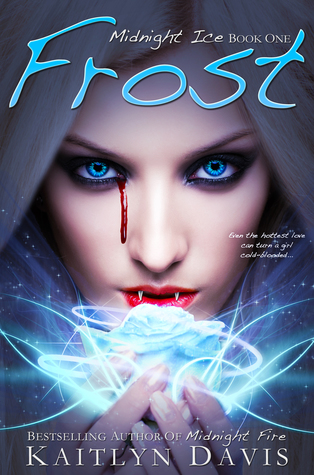 Even the hottest love can turn a girl cold-blooded…

Life’s tough for a vampire thief on the run—just ask Pandora Scott, she knows. Four years ago she ran away from home after everyone she loved betrayed her. But now her annoyingly grown up (and handsome) ex boyfriend is stalking her, begging her to return. A mysterious vamp with a particularly dangerous (and sexy) stare keeps popping unexpectedly into her life. The extremely powerful head vampire of New York is hunting her down because she may or may not have broken into his highly-secure, highly-secretive personal vault. And the fate she’s been trying to outrun? Well, it’s about to catch up. Because even a super-speedy vamp with the ability to disappear can’t escape her own destiny.

Any one who follows my blog knows that I have been with this series since the beginning and that it is the one and only paranormal/urban/fantasy that I do read.

I have loved watching Pandora’s journey from scared solo vampire to the warrior princess she is today.

It is hard to give a review of the series with out giving anything away but the cliffhanger that we were left with after book 3 meant I picked the fourth one up with out any hesitation.

This is a brilliant series for any one who is or isn’t into urban paranormal fantasy. Not one of the books took me over a couple of days to finish. They were addictive!

I loved Pandora… it was refreshing to have a female lead portrayed so strong and loyal. One of my favourite things in the Midnight Ice series are the side characters, they were witty and funny and broke up the serious gut wrenching storylines brilliantly.

I don’t want to give too much away but you all need to read the Midnight Ice series.

Who Is She? Pandora is the main character in my Midnight Ice series! She’s a vampire with the ability to disappear who’s currently on the run from the supernatural police force she once belonged to! Oh, and her ex-boyfriend is chasing her. As is a mysterious (and annoyingly attractive) new stalker. Oh, and, well, the most powerful vampire in New York City. But she’s fine. She’s got it all under control…sort of.

Hates: Losing at anything, the sound of her alarm clock, people who underestimate her, and, well, her ex-boyfriend Jax (and the fact that she doesn’t really hate him at all, as much as she tells herself otherwise).

Guilty Pleasures: Going to the zoo, eavesdropping on other people’s conversations, and punching Jax when he really, really deserves it (which is almost always).

Occupation: Tracker for the supernatural police force he was born into, and aspiring musician on the sly.

Who Is He? Jax is Pandora’s ex-boyfriend and he personifies everything she ran away from—a life of boundaries and duties, without room for personal choices. He’s hunting her down to bring her back home, even though all the love he still holds in his heart is shouting at him to let her be free.

Loves: Proving Pandora wrong, his old beaten up guitar (a gift from his father), taking bad guys off the streets, and the old treehouse tucked in the woods behind his house that makes him think of his first (and only) love.

Hates: The fact that Pandora is usually right, and that in his world, duty means everything, even more than the secret dreams he holds within his heart.

Guilty Pleasures: Pushing Pandora to her limit and jamming out to the guitar solo from “Hotel California”

Who Is He? Sam is a mysterious vamp who is currently stalking Pandora—oh, and he’s the only other person in the world she’s met with the ability to disappear. Can he be trusted? Probably not. Is he annoyingly alluring? Hell yes.

Loves: When he looks at Pandora and sees a little spark in the back of her eyes whispering that some part of her remembers who he was…who they were.

Hates: Jax and the unrelenting passage of time.

Guilty Pleasures: Popping in unexpected, because being invisible has its perks!

Always blessed with an overactive imagination, Kaitlyn has been writing ever since she picked up her first crayon and is overjoyed to share her work with the world. When she’s not daydreaming, typing stories, or getting lost in fictional worlds, Kaitlyn can be found playing fetch with her puppy, watching a little too much television, or spending time with her family. If you have any questions for her–about her books, about scheduling an event, or just in general–you may contact her at: KaitlynDavisBooks@gmail.com

Sign up for Kaitlyn’s newsletter to stay up-to-date with all of her new releases, to receive exclusive subscriber bonus content, and more! bit.ly/KaitlynDavisNewsletter

You can find my other reviews….here

THANK YOU FOR READING